Divorce: What Parents Should Do and Not Do

Divorce is hard. When children are involved, things can get unpleasant. Any family law solicitor in Townsville can create a child custody agreement that will work for the whole family. But making sure that the children are protected from the divorce’s potentially damaging effects and that everyone maintains a healthy relationship falls on both the parents’ shoulders.

Interestingly, an avalanche of studies around children of divorce has repeatedly shown that the divorce process has no negative effect on the majority of the children. There are no lasting changes in their psychological and social adjustments, educational developments, or even mental health. These researches have been conducted over the past 40 years. But the same studies also show that these children do well only when they have maintained good relationships with both parents and when the adults basically get along.

Where Parents Can Go Wrong

There are several ways that parents go wrong when trying to reconcile with their children and encourage healing in the relationship. Here are some of them:

There are several surprising studies that show that small parental conflict can cause more problems for children than the whole process of divorce. In fact, in cases where the fighting is happening too often, divorce can actually be a relief for everyone involved. Similarly, parental alienation is never okay. This process of manipulating the children by one parent to show unwarranted fear and hostility toward the other parent is most hurtful to the children themselves. It puts them in the awful position of having to choose sides. Unfortunately, parental alienation is very prevalent in the U.S., with over 22 million adults estimated to be victims of such.

Shared parenting means shared responsibilities and having to communicate on some level with the other parent. This could include telling the other about a late pick-up, switching a weekend, or when the child support is going to be paid. However, it is natural for many people to prefer to have nothing to do with their ex after a divorce or separation. They use their kids as messengers instead.

This whole setup is referred to as the child messenger trap. This may seem harmless to the parents, but to the children, this is a red flag. It tells them that conflict is still going on and that they may begin to feel distant from both parents. Many children, by nature, tend to think that a huge fault and responsibility of a divorce falls on them. Being made the messenger reinforces this idea.

What Parents Should Do to Help Their Children Through Divorce 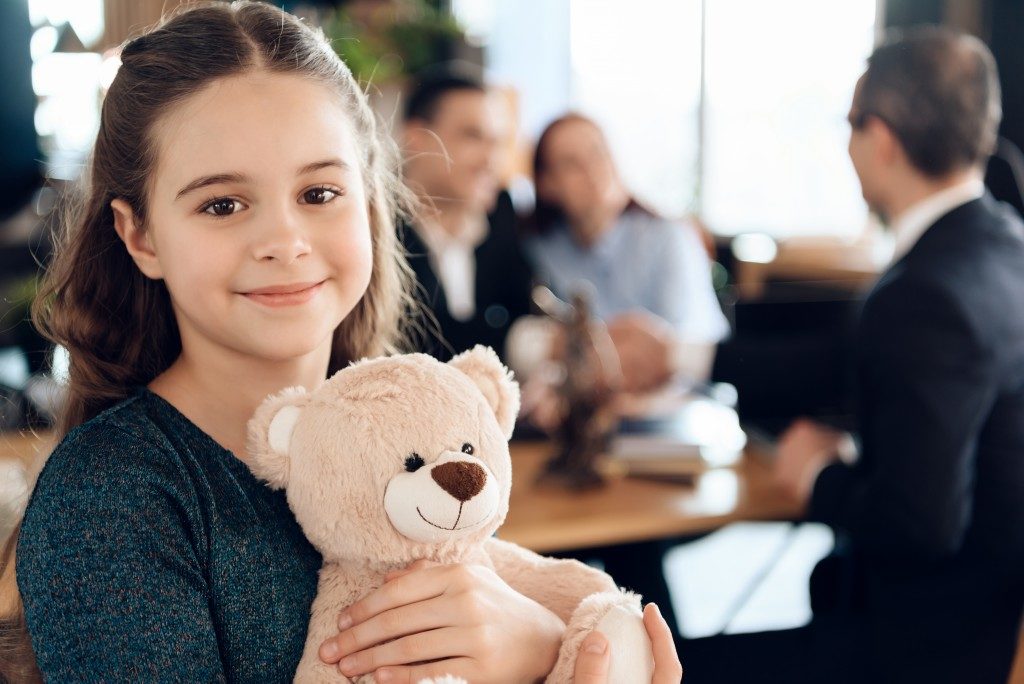 Divorce is so prevalent worldwide. It is a confusing and emotional process for many parents, especially when kids are involved. Unfortunately, many adults are not aware of the importance of cooperating with each other and keeping the focus on the children. The steps mentioned above should help in ensuring that the children are kept protected from the damaging effects of a divorce.